On Wednesday night I visited the Green House where the Grace House ministers to the kids in the Sacramento community. It was their last Oasis (youth group) meeting for the summer. The Green House itself is located in the middle of apartments. Kyu happened to be visiting as well, and I got to catch up with my fellow Jubilee intern Maxine, who has been working there all summer.

When I arrived, leaders were talking to the teens, some kids were playing ping pong, and others were practicing for worship. We sat on the couches and chairs arranged around the TV with the song lyrics. A few more teens sneaked in and sat down as we sang. Nicole led with the guitar, and another leader played the keyboard while Maxine helped sing.

They had a guest speaker who works in college ministries in the area. Oasis had been working on a series about the Word, reading it, studying it, how our lives relate to it, etc. She continued in their series and began her message by passing out lyrics to Taylor Swift’s “Shake it Off” song and asked a couple guys to read it. Everyone, including the readers themselves, giggled at the deeper voices reading the lyrics. The speaker then asked how we can read it to see what the author, Taylor Swift in this case, is trying to convey to her listeners. After hearing the kids’ responses, she encouraged them to apply those techniques to the Bible passage. We read, Luke 5:1-11, where Jesus instructs Simon Peter to go cast out his nets again for fish. When Simon’s nets fill to overflowing with fish, he begs Jesus to go away from him because of how sinful he is, but Jesus said, “Do not be afraid; from now on you will be catching people.”

She handed these verses to us and had us read it and circle the parts we did not quite understand and had questions. After a few minutes, she asked what we circled. It was interesting to hear the questions from these kids’ perspectives. I have heard this story since I was a little girl, but it sounded like some of them have never have before. They asked what “catching people” meant and provided some interesting insights to the speaker’s questions. The speaker related leaving the fish in the boats to winning the lottery and leaving it for Jesus. With the kids’ reactions of astonishment and their fresh perspective, I saw the story in a new light. I love one of the boy’s comments: “Simon must have been thinking, ‘If I got that much fish in this little time spent with Jesus, imagine what can happen if I follow him!'” The speaker encouraged the teens to continue to study the Word like they just did that night and to let Jesus into our lives and relationships just like Simon let Jesus into his boat and his life. “What would it look to say yes to Jesus?”
Afterwards we had pizza and cupcakes to celebrate a couple of birthdays in the group. I got to talk to the leader of the Green House who has been working there for several years. He shared that when he first started, he would invite numbers of kids, but only a couple would come. Now about twenty or so come regularly, and he is excited to see the growth. 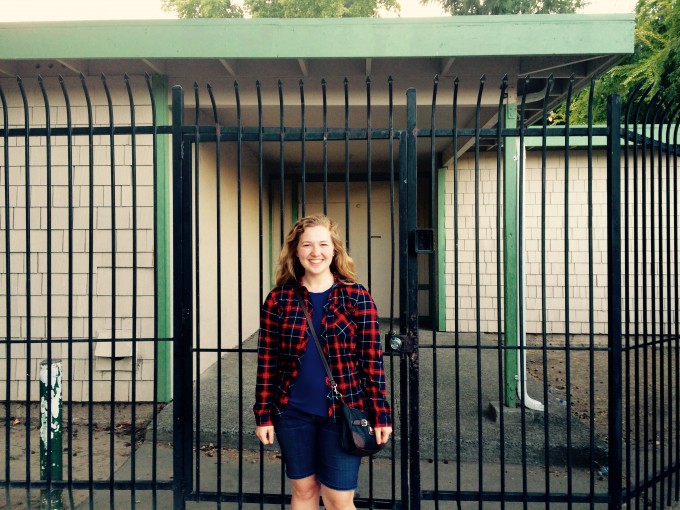 I left filled with joy and goodness to see what God is doing in those kids’ lives in Sacramento.
Luke 5:1-11(NRSV) 1 Once while Jesus was standing beside the lake of Gennesaret, and the crowd was pressing in on him to hear the word of God, 2 he saw two boats there at the shore of the lake; the fishermen had gone out of them and were washing their nets. 3 He got into one of the boats, the one belonging to Simon, and asked him to put out a little way from the shore. Then he sat down and taught the crowds from the boat. 4 When he had finished speaking, he said to Simon, “Put out into the deep water and let down your nets for a catch.” 5 Simon answered, “Master, we have worked all night long but have caught nothing. Yet if you say so, I will let down the nets.” 6 When they had done this, they caught so many fish that their nets were beginning to break. 7 So they signaled their partners in the other boat to come and help them. And they came and filled both boats, so that they began to sink. 8 But when Simon Peter saw it, he fell down at Jesus’ knees, saying, “Go away from me, Lord, for I am a sinful man!” 9 For he and all who were with him were amazed at the catch of fish that they had taken; 10 and so also were James and John, sons of Zebedee, who were partners with Simon. Then Jesus said to Simon, “Do not be afraid; from now on you will be catching people.” 11 When they had brought their boats to shore, they left everything and followed him.